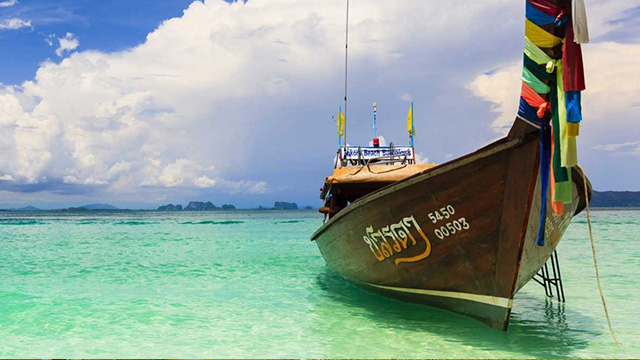 Fifty-one islands compose the archipelago of the Koh Tarutao Marine National Park, which lies in the far southwest portion of the Andaman Sea, near the mouth of the Malacca Strait.

A Malay word, Tarutao translates to an arrangement of "old, mysterious, primitive." While many of the islands are formed by old Cambrian sandstone, the northern and southeastern islands, as well as many of the caves, consist of limestone.

Tarutao, which is naturally the largest of all the islands in the archipelago, is nearly twenty-seven kilometers long and eleven kilometers wide. Rainforests blanket over half the island, and mangrove swamps are also found. Pristine sandy beaches make up the western coast, from Pante to Makham Bay, as well as Talo Udang Bay in the south.

Koh Lipe is part of the Adang-Rawi group, which lies about fifty kilometers west of Tarutao—including notably Adang, Rawi, Dong, and Lipe. Adang is quite mountainous and is completely covered by a tropical rainforest, replete with wildlife and waterfalls. It’s beautiful beach is made of quartz derived from Cretaceous granite and fragments of coral.

Amazingly, the park hosts 25% of the world’s species of fish, including ray, shark, grouper, carp, salmon, catfish, eel, flying perch, butterflyfish and angelfish, along with ninety-two species of coral-reef fish—an astounding assortment of marine life that proves for some of the planet’s best diving and snorkeling.

Subject to monsoons, the rainy season runs from May to October, with up to 400 mm of rainfall per month. The remaining six months of the year receives little rain, if any. Temperatures, which are quite stable, average between 27-28 Celsius, with the warmest month being April, with an highs reaching around 35, while the mean temps in November can fall to 15 C.